The Secretary General is responsible, in close consultation with the Forum Chair and within the limits set by the Forum Leaders from time to time, for setting Forum Leaders’ Meeting agendas and coordinating responses by members to regional events, particularly crises.

The Secretary General also performs several other key functions which include being the Pacific Ocean Commissioner as well as being the Regional Authorising Officer. More information on both these roles is below.

She began her professional life as Private Secretary to Chief Minister Michael Somare during self-government of Papua New Guinea, and then during his tenure as Prime Minister at the independence of Papua New Guinea. She practiced law with the Office of the Public Solicitor and in the private sector, and served as a member of the Law Reform Commission.

She was Ambassador of Papua New Guinea to the United States, Mexico and Canada in Washington, DC from 1989-1994. In 2002, she was made a Dame Commander of the Order of the British Empire.

She was appointed to the post of Vice President and Compliance Advisor Ombudsman (CAO) of the World Bank Group in 1999 following a selection process led by civil society, industry, and academia. Having set up CAO, which is a key part of the governance structure of the World Bank Group, Meg Taylor led the office for 15 years and established a rich body of work. CAO provides independent accountability and recourse for communities impacted by projects supported by the private sector arms of the World Bank Group – the International Finance Corporation (IFC) and Multilateral Investment Guarantee Agency (MIGA). Through her leadership, CAO has become internationally recognized for its cutting edge work in addressing corporate-community conflict around the globe, with a model that has been replicated by other multilateral institutions. She concluded her term at CAO in August 2014.

In August 2014, Dame Meg was appointed by Pacific Islands Forum Leaders as Secretary General of the Pacific Islands Forum, a political grouping of 16 independent and self- governing states. She is the first woman to hold this post Dame Meg is also currently the Pacific Ocean Commissioner, and as such advocates for the secure future of Pacific people based on the sustainable development, management and conservation of the Pacific Ocean and its resources.

Dame Meg has recently been appointed to the High level steering committee on Every Women Every Child by the Secretary General of the United Nations. 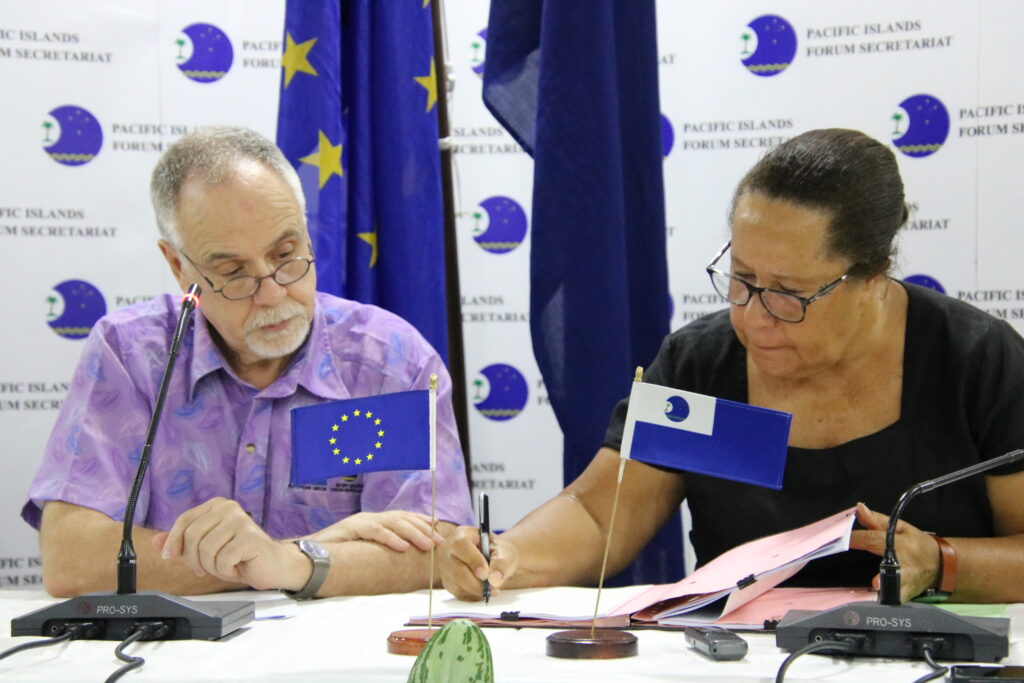 The Secretary General (SG) of the Pacific Islands Forum Secretariat (PIFS) is also the Regional Authorising Officer (RAO) for the Pacific- Africa, Caribbean and Pacific (P-ACP) region. PIFS is also the Duly Mandated Regional Organisation (DMRO) for the Pacific, as far as the European Commission is concerned.
The RAO plays a significant role in the administration of the European Development Fund (EDF) for the P-ACP states. The RAO is also supported by a Deputy Regional Authorising Officer (DRAO) based at PIFS.
Working closely with the P-ACP National Authorising Officers (NAOs) and with the European Union (EU) Delegations in the Pacific, the RAO’s functions are to coordinate the programming, implementation and coordinate the Pacific Regional Indicative Programme (PRIP). These functions are detailed in the Article 35 of Annex IV of the revised Cotonou Partnership Agreement.
The PRIP is the regional envelope through which regional programmes and projects are funded and administered under the EDF. The programmes are:
Priority Area 1: Regional Economic Integration
1.1. Strengthening the regional trade and business enabling environment
1.2. Private Sector involvement in economic integration
Priority Area 2: Sustainable Management of Natural Resources and the Environment and the Management of Waste
2.1. Fisheries & Marine Coastal Ecosystems
– Financing Agreement
2.2. Waste Management
– Financing Agreement
Priority Area 3: Inclusive and Accountable Governance
3.1. Transparent and Effective Policies and Public Finance Management, Data and Statistics
– Financing Agreement
3.2. Promote and Protect Human rights for ALL and progress in Gender Equality and Civil Society Engagement in Governance Practices
–  Financing Agreement
3.3. Technical Cooperation and Capacity Building Facility (TECCBUF)
– Financing Agreement
– Delegation Agreement
Priority Area 4: Support for Regional Investment Projects
4.1. Investment Facility for the Pacific
– Financing Agreement
4.2. Co-financing
The Office of the RAO also leads and coordinates various regional working groups and facilitates the Steering Committee on the 11th EDF Pacific Regional Indicative Programme, in partnership with the EU.

Background and history of the Regional Authorising Officer

Formal cooperation between the European Union (EU) and the ACP states began in 1975 with the signing of the Georgetown Agreement. The PACP states have benefited from a number of financial programmes provided by the EU, including the Pacific Regional Indicative Programme.
In 1999, PACP Leaders mandated the Pacific Islands Forum Secretary General as the RAO for the duration of the ACP-EU Partnership Agreement (until 2020). The Secretary General’s role as the RAO was again confirmed at the PACP Leaders Meeting in Rarotonga, Cook Islands in August 2012.
The role of the RAO is defined by the “Implementation and Management Procedures” outlined in the revised Cotonou Partnership Agreement 2005 (Article 35 of Annex IV). Because of the important functions, technical roles, and the overall coordination and management responsibility that the RAO performs, the RAO is supported by a team of technical experts.
A ‘Support programme to RAO’ provides necessary support to the RAO and the Pacific region in the implementation of the Pacific Regional Indicative Programme.

What is the purpose and objectives of the Support Programme to RAO?

The current phase of the programme supporting the RAO is called the Technical Cooperation and Capacity Building Facility (TECCBUF)
The overall objective of the project is to contribute to the effective implementation of the EU’s development cooperation within the Pacific – Africa, Caribbean, Pacific (P-ACP) region in line with the Pacific Leaders’ vision for inclusive development to achieve a region of peace, harmony, security and economic prosperity.
The project purpose is 1) to improve management of the EDF portfolio (including Intra-ACP programmes) by the Regional Authorising Officer (RAO) and regional organisations; and 2) to facilitate CSOs and Non-State Actors (NSAs) effective participation in policy engagement and implementation.

What are the expected results for the Support Programme to RAO?

Overall, the expected results are as follows:
KRA 1:  RAO better coordinates and steers the design and implementation of RIP and Intra-ACP funded actions in the Pacific region, and provides more effective oversight, monitoring and reporting.
KRA 2: Improved capacities of Regional organizations and other relevant stakeholders at regional and national level in the Pacific region to implement EU programmes in light of joint commitments made under the SDGs and the Paris Agreement on Climate Change.
KRA 3: Enhanced policy dialogue and coordination between Pacific ACP States, the OCTs, CROP agencies, the DMRO, the EU and other development partners.
KRA 4: Strengthened voices and capacities of the CSO’s/NSA’s where regional policy dialogue is concerned.

Our Ocean, Our Future 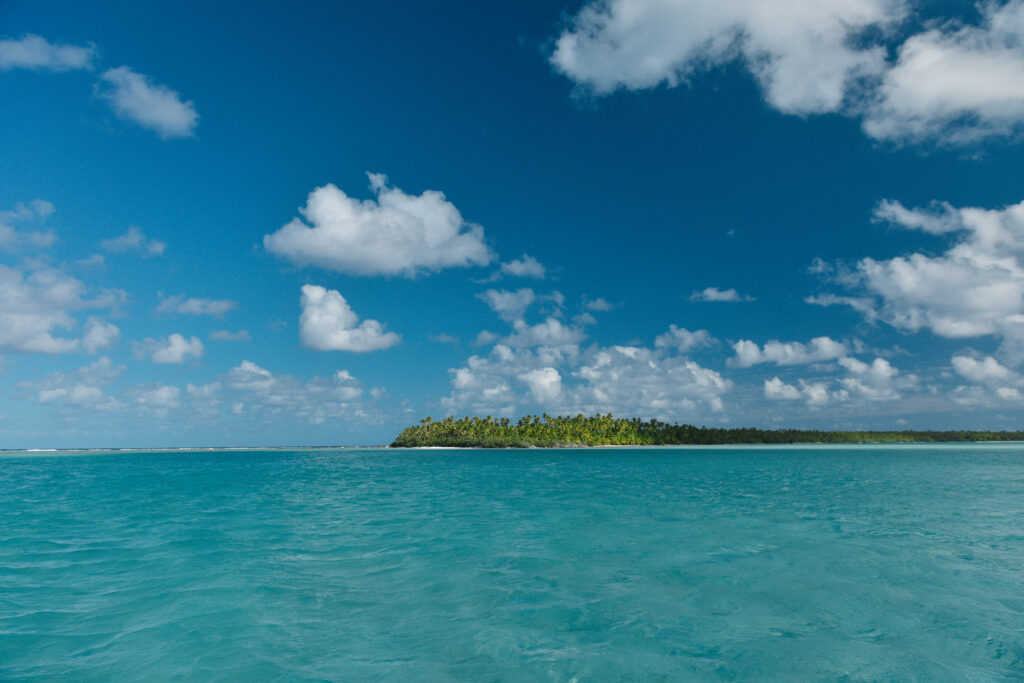 For the people of the Pacific, the ocean is everything – life, culture, security, safety, prosperity, health and wellbeing.

But the Pacific Ocean is under threat from such things as overexploitation, habitat damage, pollution, and climate change – requiring urgent action and innovative approaches.

The approach has the backing of 22 Pacific Island Countries and Territories under the Framework for a Pacific Oceanscape, and incorporates over 40 million square kilometres of ocean and islands – bigger than the land-mass of China, Canada, USA, India and Australia combined.

The Commissioner is working to unite Pacific countries and territories through sustainable ocean management and use across this vast area – with a focus on coordination, collaboration and integration.

The initiative has the potential to be transformative for the region, with positive ramifications right across the globe.

The Office of the Pacific Ocean Commissioner

In addition, technical and scientific support for the Commissioner is also provided by the CEOs of relevant Pacific regional organisations (CROP Agencies), particularly the Secretariat of the Pacific Community (SPC), the Forum Fisheries Agency (FFA), the Secretariat of the Pacific Regional Environment Program (SPREP) and the University of the South Pacific (USP), and through their CROP Marine Sector Working Group.

As a result of the commitment of Pacific Leaders, a great deal has already been achieved: