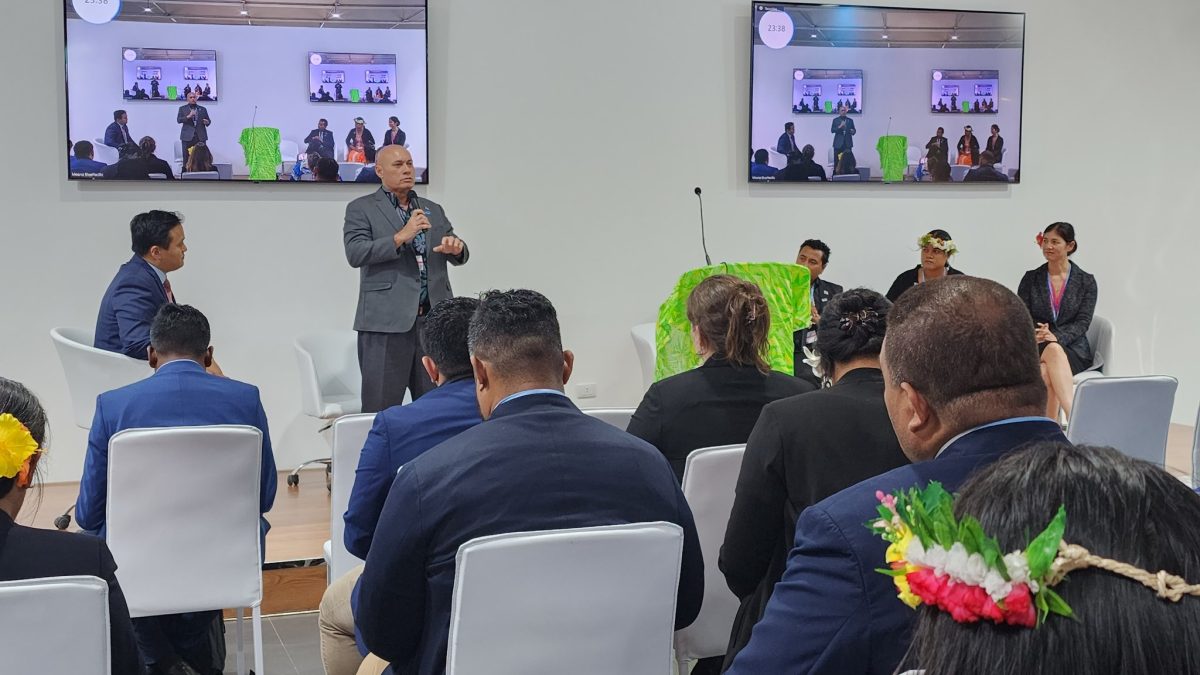 The move opens the way for more financial and technical support for the vulnerable nations hardest hit by the climate crisis and has been resisted in negotiation processes of the COP for many years.

For Minister Paeniu, who has been the Pacific High Level Political Climate Champion on Loss and Damage since 2021, the moment has helped ensure the Egypt COP could deliver on its ‘together for implementation’ theme.

“All of us are so relieved … that we have finally declared an historic landmark decision through the loss and damage fund.

“It has been a long time coming, three long decades, and we have finally delivered climate justice. We have finally responded to the call of hundreds of millions of people across the world”, he said.

The extra support for loss and damage will mainly come from richer countries who generate most of the emissions impacting on the global climate. Paeniu said it was important that Pacific and other Island nations of the world be involved in the next steps in the process and set up of the fund.

However, the Minister also lamented what he termed a lost opportunity.

He said the summit had failed to achieve a similar success with mitigation and ambition work on emissions targets, and the phasing out of fossil fuels—goals critical to keeping the 1.5 promise of the Paris Agreement alive.

“That is our only regret- that the success we made in the Loss and Damage discussions did not extend to the Mitigation commitments,” he said, noting an “overwhelming number of parties to the conference voiced support for ambitious mitigation and actions to keep the 1.5 alive, so that there is hope going into COP28 in Dubai next year.”

Minister Paeniu noted it was “unfortunate that in the final outcomes document the mitigation action was severely compromised”—he said Pacific calls for phasing out of fossil fuels, peaking of emissions before 2025, and measurable methane emissions reduction targets were all missing from the final text endorsed as the final gavel sounded early Sunday morning.

“In the next 12 months, we need to work closely with our allies, especially those from the global north, to ensure that we achieve our objectives for COP2,” Minister Paeniu said.