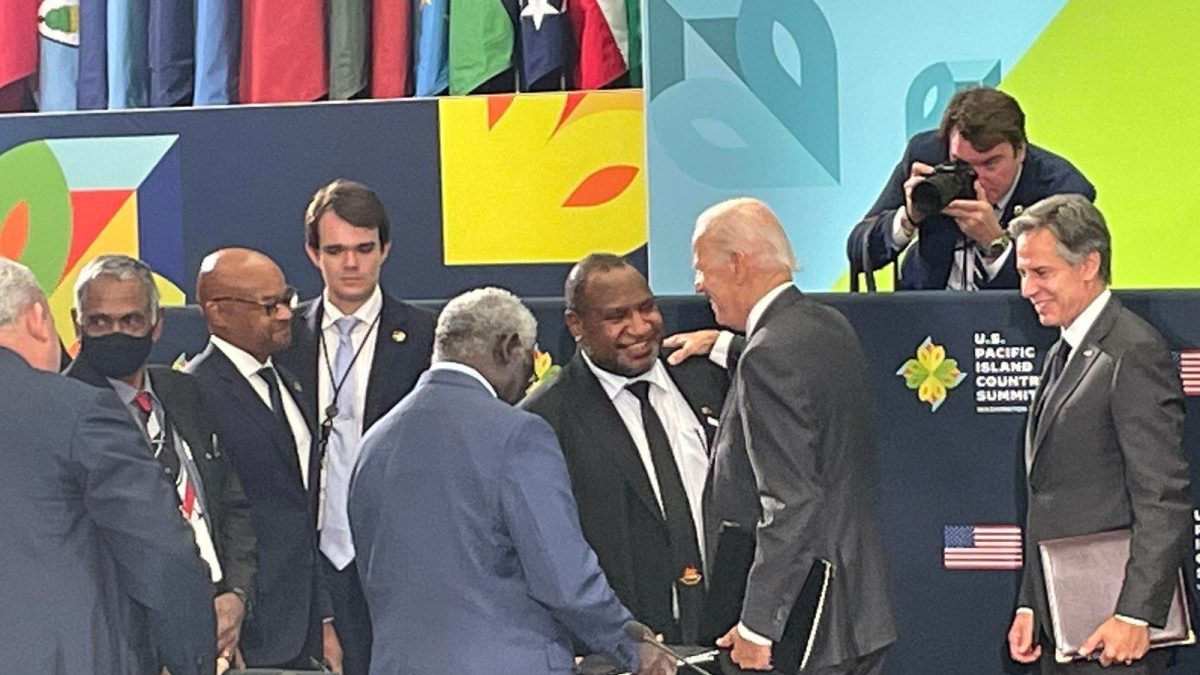 Thursday 29 September 2022, Washington DC—The Secretary General of the Pacific Islands Forum Henry Puna says Pacific Leaders and US officials should feel “a strong sense of accomplishment” on the achievement of the joint US-Pacific declaration today.

The declaration, endorsed by all attending Pacific nations in the inaugural Biden Summit this week, affirms a 10-point list of key priorities topped by the climate crisis, recognition of the Blue Pacific and 2050 agenda, and the strength of regionalism offered by the Pacific Islands Forum.

“The summit was a strong demonstration of mutual respect and genuine diplomacy towards a shared vision, based on the principles of talanoa and trust — I can only congratulate all involved, especially our Pacific Leaders who’ve had a gruelling travel and meeting schedule over the last three weeks”

He welcomed the ‘willingness of the US to listen and accommodate the region’s views and concerns especially in settling the language for the partnership vision — a critical space of consensus for both the US and the Pacific.”

Throughout the two-day summit, leaders were able to share hopes, reflections on other existing partnerships, and the legacy of the US relationship with the Pacific.

The summit had attracted global attention the moment it was announced, with the Biden administration being the first to invite Pacific leaders as a collective to Washington. The topics of economics, trade and investment, climate advocacy and action featured alongside strengthened engagement for social inclusion, women, and youth leadership, and investing into more US-Pacific partnerships. US initiatives announced at the Summit are detailed in a factsheet, also released today. -ENDS