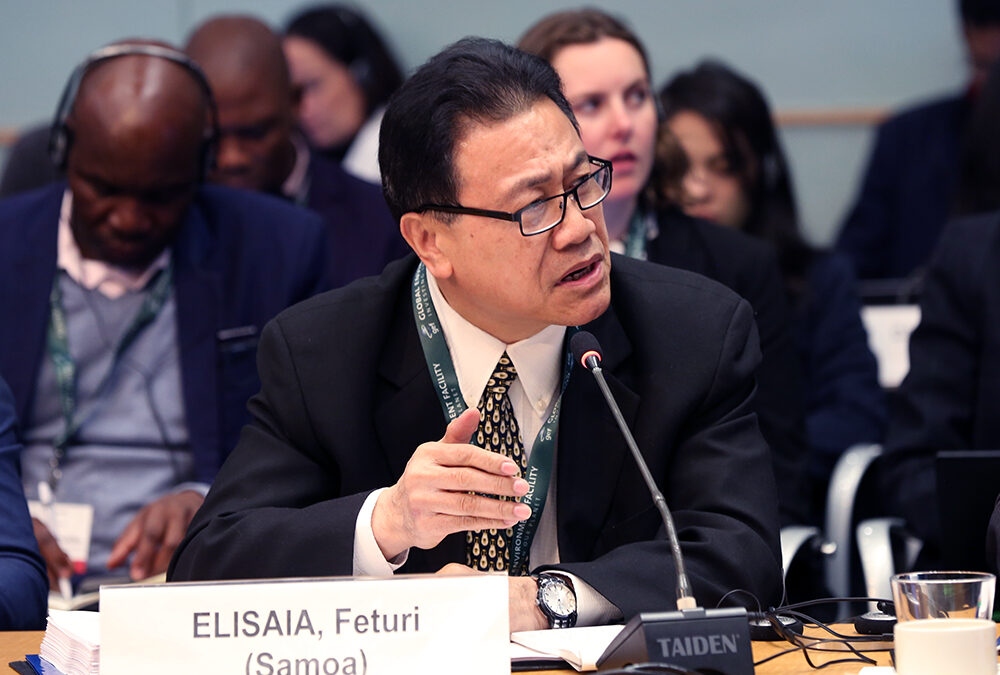 Every journey has four distinct features.  A point of reference, a starting line, sign posts, and a final destination.

My point of reference for the Rarotonga Treaty was the establishment of the Pacific Islands Forum as a separate entity from the South Pacific Commission 50 years ago in August 1971.

It was significant because it provided space for Pacific Leaders to discuss peace and security and political issues freely which they couldn’t do within SPC because the metropolitan powers were present and some of the issues were sensitive and directly affected some of them.

So issues like Independence, Decolonization and Nuclear testing became the Pacific Forum’s DNA. I firmly believe that without the open and enabling environment that the Pacific Islands Forum offered, I doubt if the Rarotonga Treaty would ever become a reality, let alone discussed and considered.
So that is the regional “point-of-reference”.

My starting line was Tuvalu. I was a member of Samoa’s delegation at the Tuvalu Forum meeting in August 1984 where the decision was taken to appoint a working group of officials to prepare a draft of a Nuclear Free Zone Treaty for Leaders consideration at their next meeting.
We had a small staff in our Ministry of Foreign Affairs and I was told to be our representative on the drafting Committee. I was not a nuclear scientist or an international lawyer – but Samoa was determined to have a seat at the drafting table to render legitimacy, inclusivity and ownership to our draft report.
And the rest is history.
The draft text of the proposed Treaty was endorsed by our Leaders at their Forum meeting in Rarotonga and opened for signature on August 1985. It came into force in record time a year later.
So why was this?
It’s common knowledge that some Pacific island countries were sites of nuclear testing – and the scars of fear and mistrust as a consequence of this experience plus our vulnerability, gave our region a shared point-of-reference that has shaped our perspective on nuclear disarmament. This helped unite us in our efforts to establish the Rarotonga Treaty.

So Tuvalu was my starting point, and the first signpost was in 2005, i.e. 20 years after the adoption of the Rarotonga Treaty. In 2005, there was a “Conference of States Parties and Signatories to Treaties that establish Nuclear Weapon Free Zones” at Tlatelolco in Mexico, the namesake of the 1st Nuclear Free Zone Treaty for Latin America and the Caribbean Region in 1967.
Samoa was Chair of the Pacific Islands Forum Group in New York and we were invited to attend. New Zealand and Fiji also participated. Importantly, the different Pacific statements and interventions ensured that the spirit of the Rarotonga Treaty was alive, relevant and its presence felt on the global stage outside of its Pacific birthplace.

The next signpost was in New York in 2015 during the Review Conference of the Non-Proliferation Treaty. We delivered a statement referencing our Rarotonga treaty’s contribution as the 2nd such Nuclear Free Zone Treaty stressing that the only guarantee against the use of nuclear weapons was through the total elimination of all nuclear weapons.

The other signpost was in 2017 when we were Pacific Islands Forum Chair again of the New York Group.

And this was the year when the Treaty on the Prohibition of Nuclear Weapons was opened for signature. Samoa and 5 other Rarotonga Treaty members signed the treaty and we were amongst the first to ratify it, a year later.

When the Treaty entered into force in January this year, 8 Pacific Island members were already states parties to the treaty — a proud achievement in itself.

And the last stop? Where else but Tuvalu when it hosted the 50th Forum Meeting in 2019 where Leaders called for the operationalization of the provisions of the Rarotonga Treaty. It was at the Tuvalu Forum in 1984 when the decision was taken to start the drafting of a South Pacific Nuclear Free Zone Treaty and it was at Tuvalu again that the call for the States Parties to operationalize the Treaty was made.
Things have indeed come full circle.

Symbolically for me, things came full circle when I was back at home in Samoa. Last year on December 15th I was privileged to join virtually from Apia the first ever meeting of the States Parties to the Rarotonga Treaty, also marking the 35th anniversary of its adoption.

And the final destination? I guess the finishing line is still out of sight. Some powerful and influential people keep changing it.

As for what is next, we don’t need to look far. The three Protocols of our own Rarotonga Treaty have yet to be ratified by the United States,  despite some positive indications made earlier. And for us in the Pacific, is there appetite for the “regionalization” of the Rarotonga Treaty to reflect the full Forum membership? And Japan’s announcement to discharge ALPS treated water in to the Pacific Ocean has sounded the alarm bells again. We need independent and verifiable scientific assessment that this method of discharge is indeed safe-proof.

We have a right to be reassured that this is the case. Nothing more, nothing less.

The above piece was delivered as part of an online Blue Pacific Talanoa webinar to mark the International Day against Nuclear testing on August 29, 2021. Details and full video of the program are on our YouTube channel.

About the author– H.E. Ali’ioaiga Feturi Elisaia and Madam Maria Lei Sam-Elisaia are based in Suva , Fiji, where he has taken up post as the Samoa High Commissioner to Fiji, since last year. In February 2020, the High Commissioner departed New York for Samoa, upon completion of tour of duty as the Ambassador, Extraordinary & Plenipotentiary and Permanent Representative of the Permanent Mission of the Independent State of Samoa to the United Nations in New York. Ambassador Elisaia had served almost 17 years as Samoa’s Envoy to the United Nations from 14th September 2003 until 27th February 2020. He was a member of the Secretary General’s Vintage Group.  Ambassador Elisaia held multiple roles that have elevated Samoa in the international forum. A few of these roles included being the Board Member for SIDS on the Green Climate Fund (GCF) Board for three years from 2016 – 2018, Samoa’s Political Focal Point to the Global Environment Facility (GEF) from 2006 – 2020, the Representative of Small Island Developing States (SIDS) on the Bureau of the United Nations Framework Convention on Climate Change (UNFCCC) from 2007-2008 and was also the Chairman of the Pacific Island Forum (PIF) Group in New York twice,  from 2004-2005 and 2017-2018. Amongst his many accomplishments, Elisaia was instrumental in bringing the “Third International Conference of the Small Island Developing States” to Samoa, which led to the “S.A.M.O.A. Pathway” outcome, and is the blueprint for the sustainable development priorities of the SIDS.