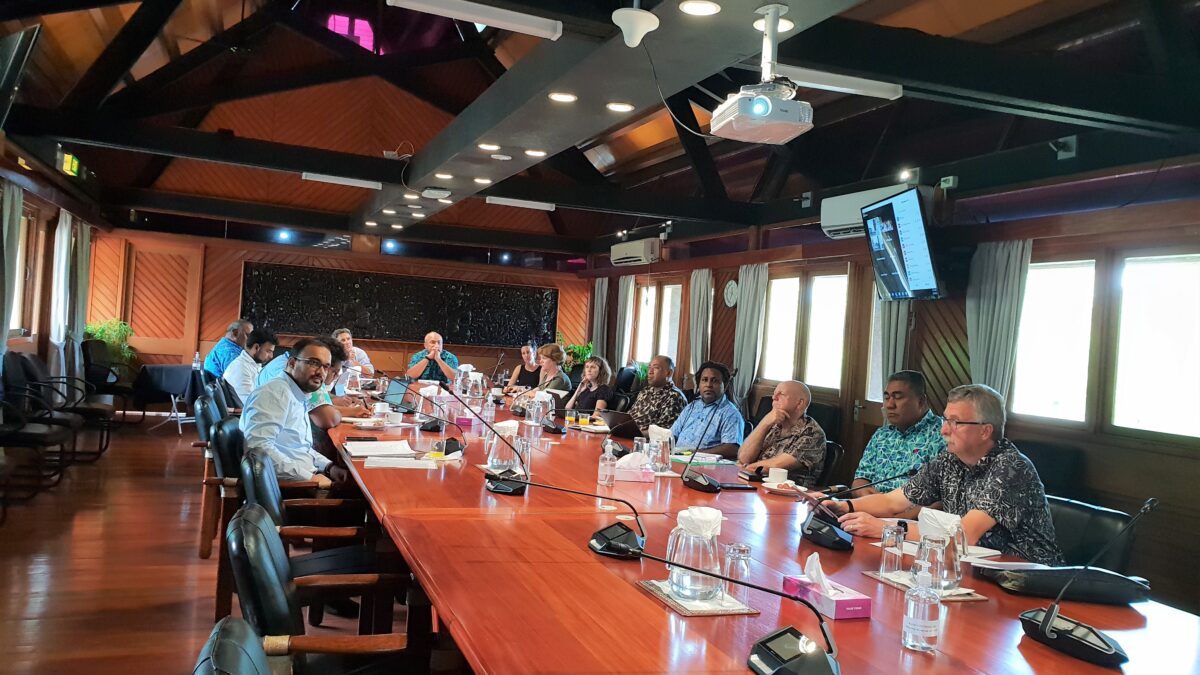 This was the 8th meeting of the TWG since its establishment in 2020, following the 2019 Forum Economic Ministers Meeting (FEMM) to coordinate and facilitate the implementation of key Finance and Economic Ministerial Meeting  decisions related to PFM and climate change finance.

Since then, it has continued to meet to discuss a coordinated approach for strengthening public finance management systems for Forum Member countries that can assist in better access and management of climate finance. Currently, the technical working group focuses on three workstreams:

(i) inclusion of climate change considerations into the Public Expenditure and Financial Accountability (PEFA) Framework,

This workstream includes a pilot of the new PEFA Climate Module which has just been completed in Samoa under the leadership of PFTAC. This analyses the responsiveness of national PFM systems to climate change. According to the CEO of Samoa’s Ministry of Finance, the PEFA Climate Module has helped them to mainstream climate change into the budget process and also inform resource allocation.

Workstream activities under the above include draft Regional National Implementing Entity Guidelines being developed under PIFS lead. This responds to the growing interest from Pacific Islands countries to gain direct access to global funds such as the GCF and Adaptation Fund. In the absence of a regional guide, the process of accreditation takes an average of 2-3 years.

UNDP who leads workstream 3 is working on an Issues Paper on the Effectiveness of Climate Finance in Pacific Islands countries, with a draft expected in late March. The next meeting of the technical working group is planned for late March.

An update on this work will be presented to the 2021 FEMM in July. Watch Samoa’s PEFA Climate Module video by PFTAC