Pacific Negotiators Pay Tribute to the Legacy of Ambassador Nandan 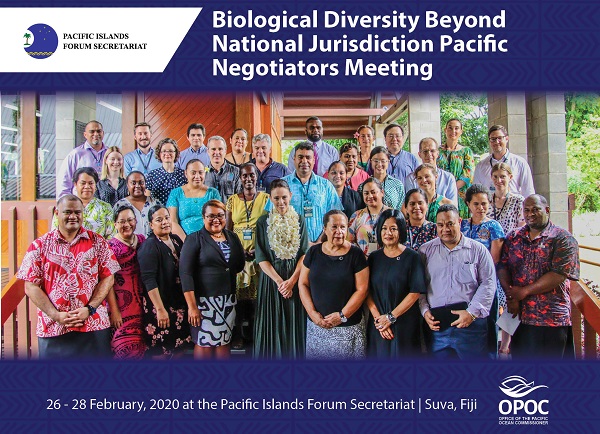 SUVA, Fiji: The BBNJ negotiation Regional Preparatory Workshop ended over the weekend with reflections on the life, contributions and achievements of the late Ambassador Satya Nandan of Fiji.
In her closing remarks, the Secretary General of the Pacific Islands Forum, Dame Meg Taylor, recognised his significant involvement and influence on the United Nations Convention on the Law of the Sea – an international convention that has formed the foundation and sovereignty of our Blue Pacific Continent, and encouraged sustainably managing, using and conserving our ocean and the living and non-living natural resources within its waters as well as on and beneath the seabed.
She said of the late Ambassador Nandan that aside from being a respected shaper of and authority on the Law of the Sea Convention “Ambassador Nandan also played an influential role as President of the Fish Stocks Agreement Conference and the Western and Central Pacific Fisheries Convention”, which have also had significant implications for the Pacific island countries and the Pacific region at large.
As Fiji’s first Diplomat to the United Nations, Ambassador Nandan helped to draft the 1976 Forum Leaders Declaration on the Law of the Sea, which led to the establishment of the Pacific Islands Forum Fisheries Agency (FFA), in 1979.
“Ambassador Nandan’s legacy will be forever remembered and respected as an invaluable contribution to the Blue Pacific – our place, our peoples and our prospects, and our deepest condolences and thoughts are with Ambassador Satya Nandan’s family,” said Dame Meg Taylor.
The 4th InterGovernment session on the BBNJ is scheduled to take place in New York, later this month.
[ENDS]
Media contact:
Nandni Vandhana
nandniv@forumsec.org
M: (+679) 9469063
Communications & Public Affairs
Pacific Islands Forum Secretariat