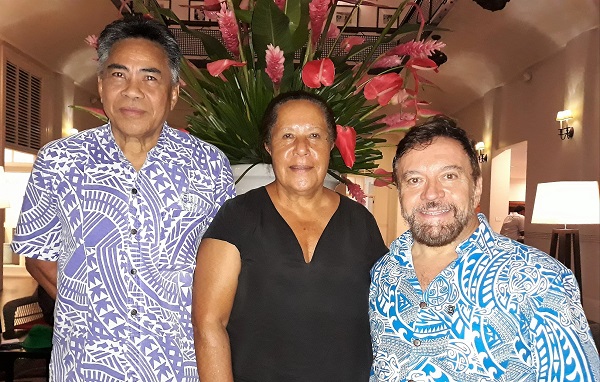 Suva, Fiji: Lead negotiators of the Pacific States of the African, Caribbean, Pacific Group (PACP) and the European Union (EU) are pleased with the progress made on their negotiations towards a EU-Pacific Regional Protocol (PRP), which falls under the EU/ACP negotiations for a post-Cotonou Agreement.
Brussels-based PACP Ambassadors from Fiji, Papua New Guinea, Samoa and Tuvalu, and EU officials, and PACP and EU officials in the region, met for the 4th session of the PRP negotiations, at the headquarters of the Pacific Islands Forum (PIF), in Suva, Fiji from 29 August – 2 September 2019.
PIF Secretary General and PACP Regional Authorising Officer, Dame Meg Taylor welcomed the convening of PRP negotiations in the Pacific region, highlighting the importance of an inclusive approach, allowing the participation of all PACPS in the negotiations, as well as opportunity for a briefing with Non-State Actors.
Negotiators discussed texts in strategic priority areas for the PACP region, including: environmental sustainability and climate change; inclusive and sustainable economic development; oceans, seas and fisheries; security, human rights and governance; and human and social development.  Discussions were also held on the basis for engagement, and means of implementation.
In speaking on behalf of the Pacific ACP region, Ambassador Fatumanava Luteru, Samoa’s Ambassador in Brussels and the PACP lead in the PRP negotiations, said:
“Good progress was made in the PRP negotiations, building on the work that has been undertaken since these negotiations began in July.  We have identified areas of convergence, and we now have a good basis to continue our discussions on the future partnership between the Pacific region and the EU, guided by our regional priorities articulated by Pacific ACP Leaders.”
Mr. Domenico Rosa, the EU lead negotiator, welcomed the warm hospitality of the Pacific region and expressed appreciation for the constructive atmosphere of the negotiations.
“The negotiations over the last days has reconfirmed the spirit of genuine partnership existing between the Pacific region and the EU in forging a common vision for the future. We have been effective in building a shared understanding of the pressing challenges that we need to tackle together, and how we need to adapt our partnership to the new realities and specificities and needs of the PACP region,” said Mr Rosa.
Post Cotonou negotiations were launched in September 2018 between the seventy-nine (79) ACP countries and twenty-eight (28) EU member states.  The successor to the Cotonou Agreement is scheduled to be signed in Samoa in 2020.  The three ACP regions are currently negotiating their respective regional protocols, as well as continuing negotiations of the Foundation Agreement.