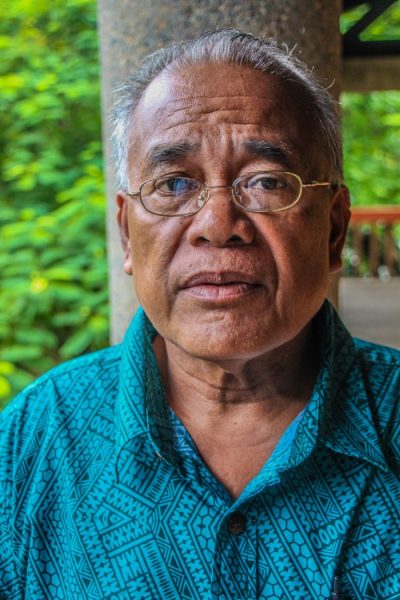 The Specialist Sub-Committee on Regionalism recently welcomed four new members. The new member representing Micronesia is Gerson Alik Jackson, born on March 30, 1953 in the Municipality of Tafunsak on the small island State of Kosrae. Kosrae is the smallest of the four states of the Federated States of Micronesia (FSM).
Mr. Jackson attended and completed elementary and high school in Kosrae and finished his undergraduate and graduate studies in the U.S. States of Hawaii and California, respectively. His first job after returning to the Federated States of Micronesia was as a teacher at the only high school. Mr. Jackson left the school to head the Department of Resources and Development and Budget and Planning office, he was stationed for nearly twenty years.
Mr. Jackson was elected Lt. Deputy Governor of the State of Kosrae, where he served for three consecutive terms. He was later appointed Consul General for the FSM Consulate in the U.S. Territory of Guam and concluded his diplomatic posting overseas as FSM Ambassador to the PIF member countries, based in Suva, from 2011 to 2015.
Mr. Jackson has served in a variety of capacities/special assignments at the local, state, national, sub-regional and regional levels during his lengthy public service tenure. He is currently serving in the Office of the President.
A semi-retired civil servant, politician and diplomat, Mr Jackson is one of the few established indigenous private consultants in Micronesia and the North Pacific.
The sub-committee is appointed by the Forum Troika Panel and reports to the Forum Officials Committee. It plays a vital role in the implementation of the Framework for Pacific Regionalism. This expert panel makes important decisions on the regional priorities to be put forward for Pacific Islands Leaders consideration at their annual Forum.
The sub-committee applies the tests for regional action set out in the Framework, and draw on advice from a broad range of sources, including CROP agencies, to determine where the region’s needs are, and how best these can be addressed.
The Secretary General of the Pacific Islands Forum Secretariat is the standing chair of the sub-committee. The seven other members are drawn from a range of diverse backgrounds, all possessing key skill sets and areas of expertise.