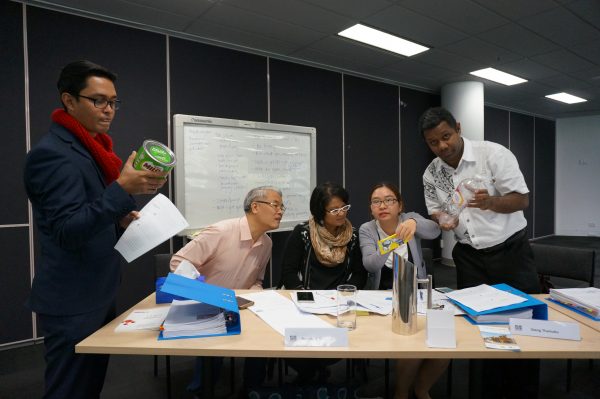 Non Communicable Diseases are a major problem in Pacific Island countries and are often viewed as a health and lifestyle issue. While this is true, there’s also a significant aspect of NCDs which is driven by trade, economics and product regulation. Through its work program on aid-for-trade, the Forum Secretariat is supporting its Members to use international trade rules to better regulate unhealthy products and reduce NCDs.
The Forum Secretariat is working with the McCabe Centre for Law and Cancer, through its Intensive Legal Training Program (ILTP), to help Pacific Island Countries better regulate unhealthy products like tobacco, alcohol and sugar-sweetened beverages.
In the case of tobacco control, the World Health Organisation’s Framework Convention on Tobacco Control provides guidance on the types of measures which governments should adopt. These include excise duties on tobacco consumption (to discourage consumption and raise revenue which can be invested in the health system), bans on tobacco advertising, health warnings and labelling rules, as well as preventing interference from tobacco companies (through political donations and sponsorship of public events). Governments must also make sure to respect International trade rules with respect to the non-discriminatory and transparent application of regulations and taxes, as well as intellectual property protection.
While it’s widely recognised that unhealthy products have a huge financial and social cost, Pacific Island governments, like governments worldwide, are likely to be subject to significant pressure from the tobacco, alcohol and food industries not to adopt more restrictive regulation. Governments also face the difficult task of navigating a web of international trade and investment rules under the World Trade Organisation and regional free trade agreements such as PICTA and PACER Plus. The Australian Government is supporting the McCabe Centre to train health, trade and legal professionals from the Pacific Islands region to reduce the burden of NCDs and achieve coherence across their health and trade objectives.
This work also supports the Smaller Islands States (SIS) Regional Strategy to reduce NCDs which was adopted by Leaders in Palau in June 2016. At this year’s ILTP, Rosania Bennett from Marshall Islands Attorney General’s Office will use the training to pursue tobacco reform through proposed amendments to the Tobacco Control Act 2006. If these reforms are approved by the government, they will impose stricter rules on tobacco labelling, packaging and advertising in order to implement FCTC rules on tobacco advertising, promotion and sponsorship. According to Bennett, the reforms will “discourage the use of misleading terms on tobacco packaging, prevent tobacco advertising and promotion and, at the same time, increase public awareness on dangers of tobacco use through a requirement on health warnings.”
Ernest Mae from Solomon Islands’ Ministry of Health is currently preparing a policy brief to introduce excise taxes on sugar-sweetened beverages to pursue SDG Goal 3 on improving health and reducing NCDs. The Solomon Islands Government has already undertaken a scoping study and the next step is for the Ministry of Health to submit the proposed reform to Cabinet and produce legislative drafting instructions. Solomon Islands is looking for support on matters such as how to define “sugar-sweetened beverages” in its legislation and how to better collaborate with trade and legal experts from other government departments.
McCabe Centre’s Regional Coordinator for the Pacific, Daiana Buresova, says “The International Legal Training Programme is timely and relevant as Governments and Civil Society Organisations alike develop, implement and enforce regulatory measures that aim to address the NCD crisis that currently accounts for 75 per cent of all deaths in the Pacific which are mostly premature. This has seen Pacific countries lose their most economically productive citizens to this epidemic. We hope that through this training Pacific participants will be armed with the technical capacity and confidence to engage with trade and investment laws using a public health lens to reduce the burden of NCDs.”
The McCabe Centre has been supporting Pacific Island countries with improving the coherence between health and trade in addressing the NCD crisis in the Pacific. Two dozen government officials from the Pacific Islands region have been trained by the Centre.