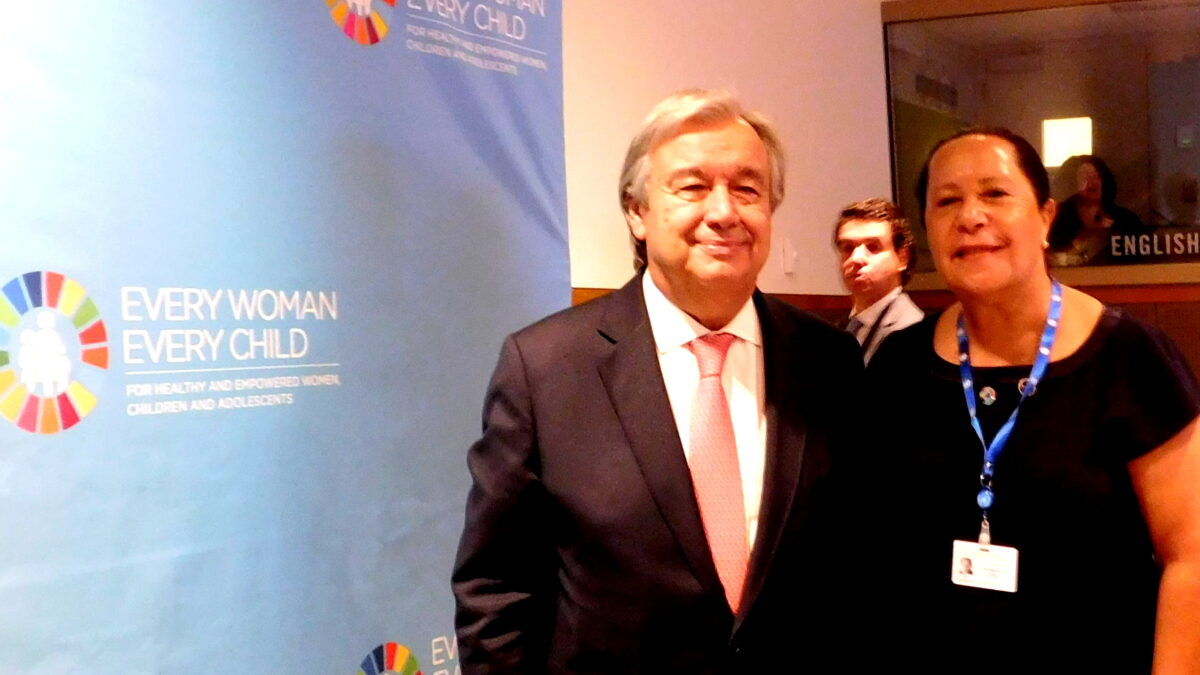 21st September 2017
United Nations, New York: ‘The Pacific region is committed to improving the health and opportunities for its women and youth, but there is still a great deal to be done,” said Secretary General of the Pacific Islands Forum, Dame Meg Taylor yesterday at a meeting of the High-Level Steering Committee for the Every Woman Every Child movement at the United Nations headquarters.
Addressing the Committee, Dame Meg observed that there are well crafted frameworks, policies, and plans in place but oftentimes, political will, limited financing and capacity to deliver on them meant that their implementation was challenging.
“I am particularly concerned about our youth and women as they are the silent majority who do not get enough attention.Through Every Woman Every Child I am committed to working with Pacific Leaders to help empower our women and youth to claim the quality lives they deserve,” said Dame Meg.
“I have been speaking with inspirational women leaders in the region, including the President of the Marshall Islands (H.E Hilda Heine) and asking them to help me ignite action on the ground in our countries.
“I am also confident that the support and leadership of Prime Minister Tuilaepa of Samoa, as current chair of the Pacific Islands Forum and a strong gender equality advocate, will see more and more Pacific leaders join us on this journey. I am committed to launching a Pacific Every Woman Every Child action plan next year at the Pacific Islands Forum Leaders Meeting in Nauru.”
Secretary General Taylor highlighted the vulnerability and fragility of many Pacific countries due to climate change and called for the Global Financing Facility to consider future programme support for Pacific states that require financial assistance. She also called on the United Nations system to collectively promote efforts to build in-country statistical capacities to ensure data for every woman, every child and every adolescent can be collected.
The Every Woman Every Child movement was launched by the United Nations in 2010 and mobilises national and international action by governments, multilateral agencies, private sector and civil society to address the major health challenges facing women, children and adolescents around the world. Dame Meg has been sitting on its High-Level Steering Committee since 2016.
The meeting was co-chaired by United Nations Secretary General, Antonio Guterres and took place following the opening day of the annual UN General Assembly Debate.
Secretary General Guterres said that women, children and youth are the most vulnerable yet most powerful change agents in our world and that their health and wellbeing are critical in the achievement of the 2030 Agenda for Sustainable Development.