Pacific Leaders reaffirm their leadership for Climate Change and Resilience 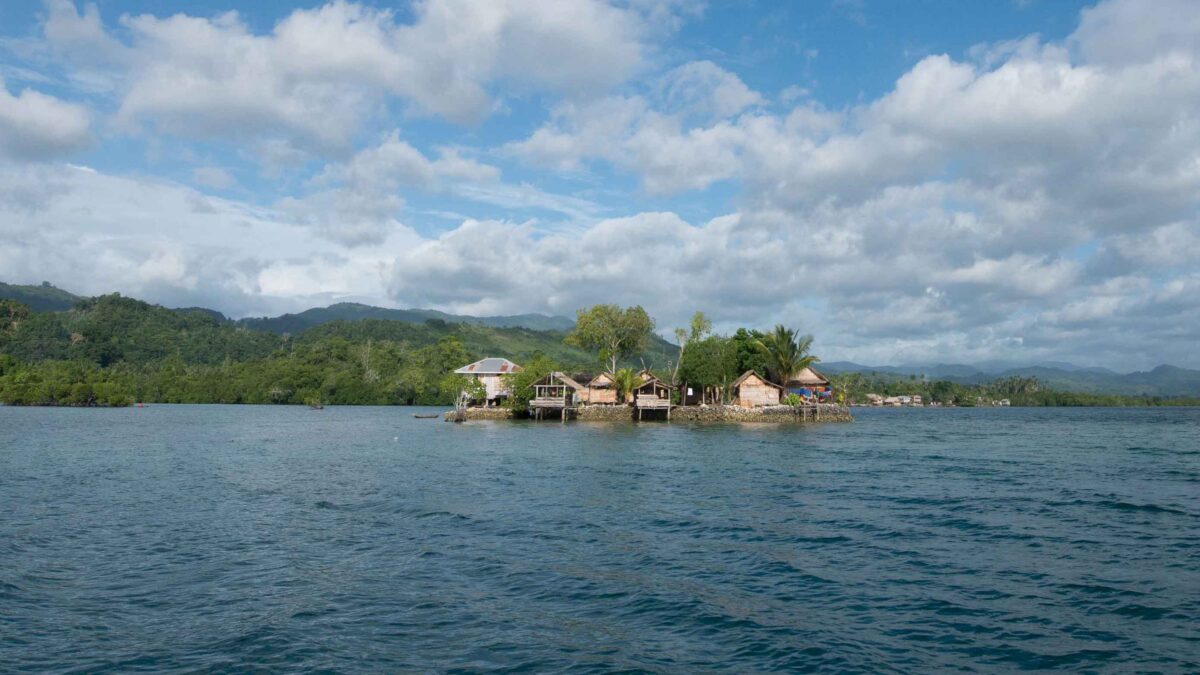 An Op-ED by Secretary General, Meg Taylor DBE
Pacific Leaders presented a united stance on the pressing need for accelerated and ambitious global action on climate change as they joined world leaders recently for the 72nd Session of the United Nations General Assembly.
The Leaders spoke passionately on behalf of our island communities, with Fiji’s Prime Minister Bainimarama, who assumes the Presidency of the 23rd Conference of Parties (COP23) to the United Nations Framework Convention on Climate Change (UNFCCC) in November, reiterating that at present “climate change is as great a threat to global security as any source of conflict.”
Papua New Guinea’s Prime Minister Peter O’Neill spoke of lost lives and devastated communities, of humanity’s future threatened, and the absolute need for reduced emissions if we are to effectively address challenges posed by a warming planet.
Prime Minister of Tuvalu, Enele Sopoaga, reflected on island communities already at the risk of being submerged, who face losing everything, if the world fails to achieve the “well below 2 degrees Celsius” of global warming advised by scientists.
The Solomon Islands Prime Minister, Manasseh Sogavare reiterated a call for major emitters to reduce their emissions, and a reversal of the decision by the United States of America to back out of the Paris Agreement.
Led by the Pacific Islands Forum Chair and Prime Minister of Samoa, Tuilaepa Sailele Malielegaoi, Forum Leaders met with the United Nations Secretary General Antonio Guterres in the margins of the General Assembly.
Secretary-General Guterres acknowledged the expeditious ratification of the Paris Agreement by Pacific countries, and commended their continuing leadership role in the UN’s work on sustainable ocean management and conservation.  He confirmed support from the UN system in ensuring that the outcomes of the inaugural UN Oceans Conference held earlier this year would be brought to COP 23 in Bonn. This is in line with one of Fiji’s COP23 presidency priorities to pursue a way forward on strengthening understanding of the interconnection between our climate and our oceans.
COP 23
COP23 will be an invaluable opportunity for Pacific Islands Forum Leaders to build on the momentum that led to the Paris Agreement, and which remains a significant milestone of Pacific advocacy on the global stage.
At the 48th Pacific Islands Forum Leaders meeting, held recently in Samoa, Forum Leaders expressed their support towards Fiji’s COP23 Presidency and acknowledged Fiji’s five key priorities for its term, namely: (1) facilitative dialogue; (2) implementation guidelines and the Paris Agreement rulebook; (3) gender, local communities, and indigenous peoples platform; (4) adaptation and loss and damage; and (5) an Oceans pathway through 2020 that strengthens the ocean-climate change nexus.
The COP23 meeting in November must deliver on operationalising the Paris Agreement through the Implementation Guidelines/Rulebook, by designing an inclusive process for the Facilitative Dialogue in 2018, and with the provision of finance to implement nationally determined contributions (NDCs). These are critical if we are to address issues that are crucial for our countries, such as the temperature goal of 1.5 degrees Celsius, and loss and damage.
To fully capitalise on the opportunities of what we regard to be a ‘Pacific COP’, we must continue to work together. The Pacific Islands Forum Secretariat and key regional agencies such as the Secretariat of the Pacific Regional Environment Programme (SPREP), the Pacific Community (SPC) and the University of the South Pacific (USP), will continue to work closely together to support our Member countries over the coming weeks, to ensure the preparations leading into COP23 are useful and run smoothly. CROP agencies remain ready to provide advice and technical support throughout the negotiations wherever it is required.
Framework for Resilient Development in the Pacific
Beyond the global, United Nations processes the Pacific region has several of its own policy initiatives relating to climate change and resilience such as the Framework for Resilient Development in the Pacific (FRDP), which is the overarching vehicle guiding regional support to integrate climate change and disaster risk management considerations for building resilience. The Pacific Resilience Partnership (PRP), whose governance arrangements were recently endorsed by Forum Leaders for an initial two-year trial period, seeks to introduce an inclusive and innovative mechanism comprising equal representation from member governments, private and civil society sectors, and development partners which include CROP agencies.
The Pacific Regional Resilience Week to be held this week in Suva will be an opportunity for all key stakeholders to discuss how the region should refocus and become more inclusive so that we can use existing, available resources to integrate risk considerations into all development decisions in different and more efficient ways, so that all of our development initiatives are not only sustainable but also resilient to the effects and impacts of both extreme events from natural hazard risks and from climate change.

Accessing Climate Finance
Access to climate change and disaster risk finance remains a significant challenge for many Pacific countries. This has prompted the Forum Secretariat, in collaboration with technical agencies such as SPREP and SPC, to remain supportive of member countries to access international climate change finance, including the Green Climate Fund (GCF). This involves a range of initiatives including coordinating the work of the multilateral and regional accredited entities who are active in the region, facilitating GCF Pacific Dialogues, serving as an observer to the GCF Board Meeting and also being a readiness delivery partner.
A second aspect of this work relates to specific options and products that Pacific countries could adopt to better access and manage climate change and disaster risk financing. One example is a Pacific Island Climate Change Insurance Facility, proposed as a country initiative by Tuvalu in various officials and ministerial meetings leading up to and at the Leaders meeting itself. A taskforce to elaborate the concept into a full proposal to be presented to the Forum Economic Ministers Meeting and later to the Pacific Islands Forum Leaders meeting in 2018, is needed. The Forum Secretariat has offered its support to the Office of the Prime Minister of Tuvalu and awaits further guidance before it proceeds with consultations.
Expanding the Definition of Fragility
Finally, the Forum Secretariat is in discussion with the World Bank on the expansion of the definition of fragility to include recognition of Small States’ vulnerability to climate change. Over the coming months the Secretariat will seek to engage more widely with the with regional agencies to support the Forum Economic Ministers call for the recognition of vulnerability as a key criteria for accessing climate and development finance.
The recent devastation in the Caribbean serves to remind us all of the need for swift and bold action to address our changing climate and to continue to pursue innovative approaches to building our resilience. There is no greater time to continue to act together as members of the Pacific Islands Forum and people of The Blue Pacific than now.