Ensuring inclusive progress in the Pacific

The recently concluded 2017 Forum Economic Ministers Meeting (FEMM) marked a milestone for both the Pacific Islands Forum and representatives of civil society organizations. For the first time since FEMM began in 1997, civil society were invited to a dialogue with Ministers.
While Private Sector representatives have attended six previous FEMMs, advocacy for issues of importance to civil society were previously worked through national and occasional regional-level meetings.
The opportunity was recognized and seized by civil society organisations.
For Tarusila Bradburgh and Matthew Vaea, representatives of the youth and sport arenas respectively, FEMM was a chance to use skills acquired through a capacity-building support programme focused on policy development, evidence gathering, advocacy planning, and coalition-building. 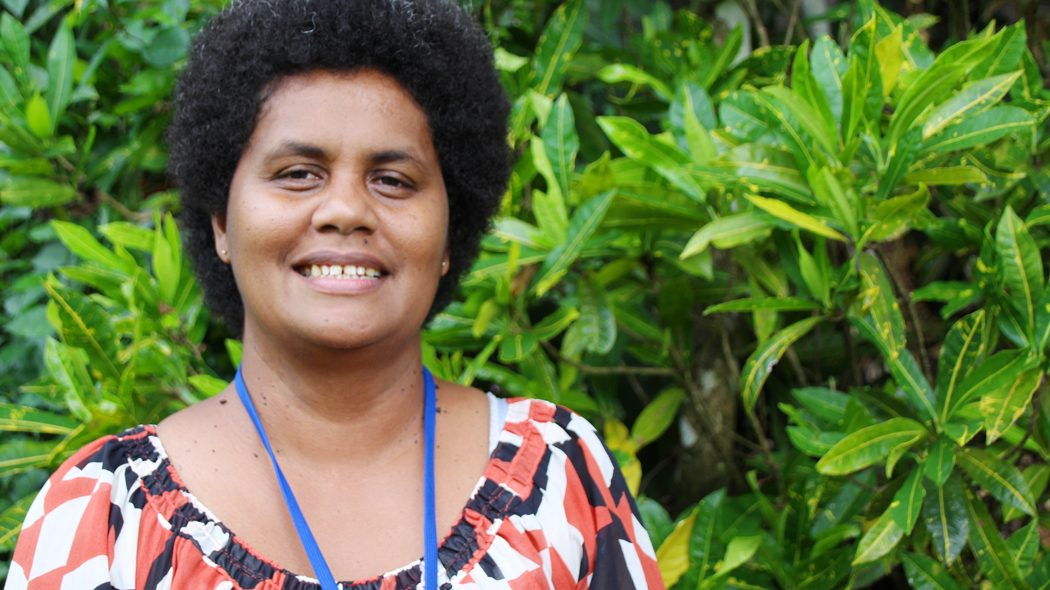 The “Strengthening Non-State Actors Engagement in Regional Policy Development and Implementation Programme” is run by the Pacific Islands Forum Secretariat and supported by the European Union.
“The opportunity to be at the table was a clear indication of how things are changing in regional-level decision-making processes,” Ms Bradburgh, coordinator of the Pacific Youth Council, said.
“FEMM was a gathering where we were able to see in practice regional-level processes and the links to where we sit as civil society representatives as well as to our specific organizations and the role that we can potentially play to further the voices of civil society.”
A joint dialogue between the Ministers and civil society representatives, including those representing the private sector, was held on April 6 with an outcome document reflecting concerns raised by civil society and responses by Economic Ministers.
The outcomes affirmed recognition by Ministers of the critical role of civil society as an “equal partner” in economic policy development, and the need to ensure an environment which will allow non-state actors to play their role effectively.
Forum Economic Ministers committed to formalizing the involvement of civil society in future FEMMs and agreed to work together with CSOs on initiatives relating to development finance, women’s economic empowerment, promoting the rights of persons with a disability and creating a conducive business environment for young entrepreneurs.
Forum Economic Ministers also recognized the potential for sport as a development platform, supporting a call for the development of a regional policy framework on sports development. Forum countries were urged to develop a policy and measurement framework that could capture the contribution of sports to the Pacific SDGs Roadmap, and invest in ascertaining the contribution of sport to nation building.
It may be a completely different game now for Mr Vaea who carved a name for himself as a rugby international for Samoa but his passion on the rugby field has simply been transferred into the potential of sport as a development platform.
Mr Vaea said the key benefits of sport to the region as-a-whole and how it related to many aspects of people’s lives was proven fact. An important next step that he advocates for is the need for serious investment in sport, as a tool for national development.
Mr Vaea said the NSA capacity-building programme contributed to his coalition-building and advocacy skills and that it also gave him a new appreciation for priority regional issues, and the linkages to sport as a development tool.
“I gained a very good understanding of the regional decision-making processes, the linkages between what we do at a national level and how best to address them through strategic engagement with platforms you could advocate from,” Mr Vaea said. 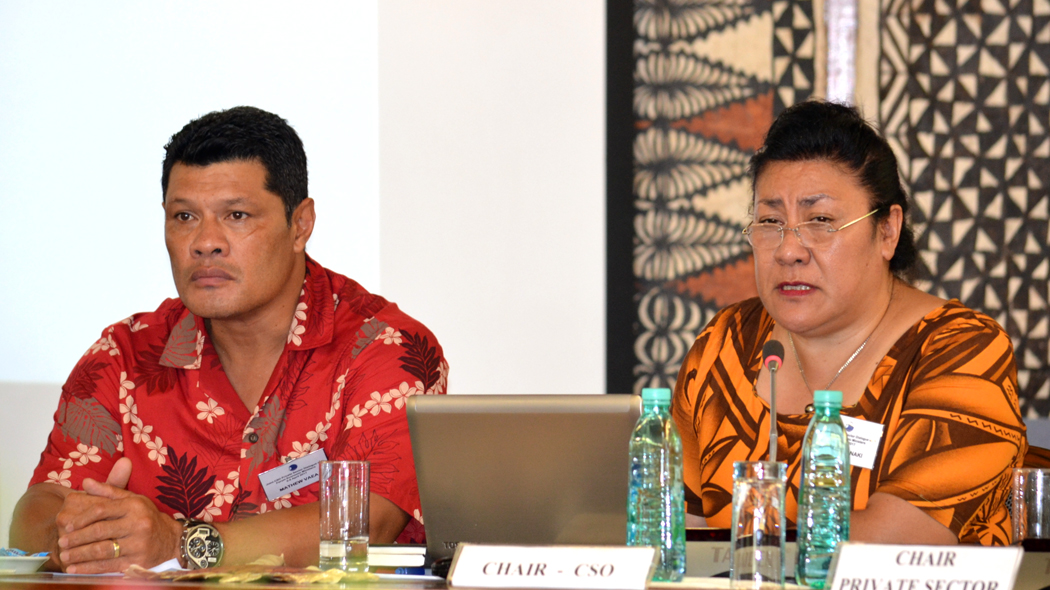 “The training and then participating at FEMM has strengthened my ability to connect through their [Ministers] language, in specific dialogues and advocacy, the different approaches, all for the ultimate objective of achieving inclusive progress for our people.”
The NSA Programme is designed to promote good governance in the Pacific and ensure civil society perspectives are effectively reflected in regional policy processes and dialogue.
Participants’ learning revolves around the intricacies of policy development, evidence-gathering and the effective use of data to develop an advocacy plan and coalition-building.
For Ms Bradburgh, it was about fostering existing linkages at national level. While youth-led activism are at different levels for different Pacific country, Ms Bradburgh celebrates milestones equally, like the progressive establishment of YECs (Young Entrepreneur Council) across the region or the inclusion of YEC Fiji as the 8th member of the Fiji Commerce and Employer Federation.
Mr Vaea is working on national policy around sport for development. “To be able to discuss sport for development at a political level is a huge step. The intention is to become a political tool to develop people and that’s where initiatives like sport for development can really thrive,” he said.
The pioneering year-long capacity-building programme began with an inception workshop in August 2016. There are 33 participants from 15 countries – Nauru, Kiribati, Tuvalu, Niue, Cook Islands, Australia, New Zealand, Samoa, Tonga, Palau, Federated States of Micronesia, Papua New Guinea, Solomon Islands, Vanuatu and Fiji.
“Each participant is working on a project and during the midterm gathering we had in March this year (2017), some have made slight amendments as things become clearer, both in terms of development around their topic at national level and as participants practicing components of what they are learning in the capacity-building programme,” Crystal Johnston, PIFS NSA Programme Manager, said.
The Deputy Secretary General, Cristelle Pratt – Chair of the NSA Program Steering Committee is particularly positive about the links being demonstrated between the NSA Engagement Programme and Forum activities.
“We are already seeing positive outcomes from this capacity-building support programme for NSAs wherein participants have been able to apply theory to practice in their individual projects through taking part in the recent dialogue at FEMM. We look forward to continuing this important partnership between the Forum Secretariat and civil society as we work towards the Forum Leaders meeting to be held in early September in Apia Samoa.”