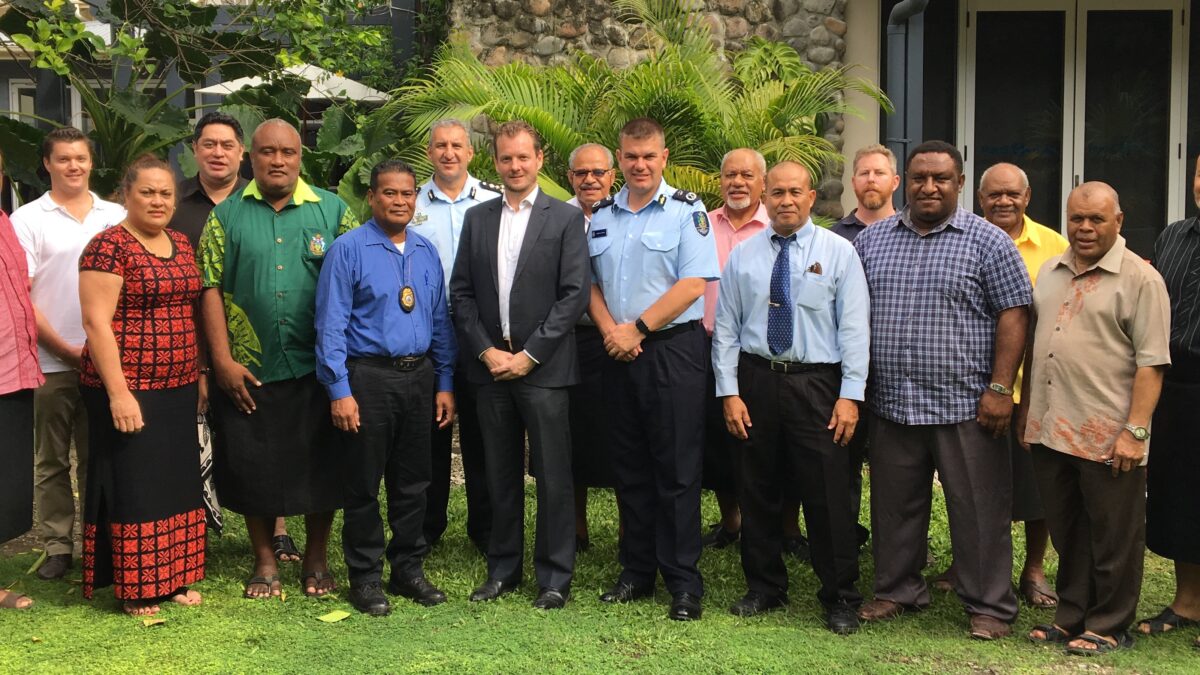 Honiara, Solomon Islands:The Pacific Islands Forum’s Enhanced Consultative Mechanism (ECM) on the Regional Assistance Mission to Solomon Islands (RAMSI) held its final meeting yesterday in Honiara with the operation being hailed an exemplary story of regional partnership and a perfect illustration of what can be done when applying Pacific solutions to Pacific problems.
The Chair of the ECM, the Chief of Police of the Federated States of Micronesia, Mr Johnny Santos said “As RAMSI draws to an end, this final meeting covered the remaining operational and policy issues of RAMSI work in the Solomon Islands and closes the loop on this important regional mission.”
The meeting heard that much had been achieved over the life of the mission with the Royal Solomon Islands Police Force now ready to assume full policing and security responsibilities. The Police Force was recognized as one of the most highly trained in the region, with the recent deployment of its members to participate in the United Nations Mission in Darfur put forward to illustrate their international standing.
It was acknowledged that Solomon Islands had made tremendous strides towards becoming a stable, modern and self-reliant democracy, out-performing most post-conflict nations, and at the same time developing strong foundations to address its development challenges. As a consequence, the ECM noted the RAMSI had completed its mission to restore law and order, stabilise, re-set and strengthen national institutions, rebuild business confidence, enable employment opportunities, and restore essential services delivered across the archipelago. At the invitation of the Solomon Islands Government, and consisting of 15 countries of the Pacific Islands Forum, RAMSI was tasked in 2003 with restoring law and order and rebuilding the essential machinery of government of the Solomon Islands. The ECM was established by Pacific Islands Forum Leaders in 2006 as a high level reference group to provide oversight of RAMSI as the mission progressed.
Reflecting on the end of RAMSI, Secretary General of the Pacific Islands Forum, Dame Meg Taylor said, “RAMSI is a milestone, not only for Solomon Islands, but for the Forum as a whole. It has been a truly regional exercise in solidarity and a shining example of Pacific diplomacy and cooperation. The people and government of the Solomon Islands must be congratulated for the way they have worked together to reach this point today. I would also like to say thank you to the men and women from across the region who have contributed to this mission over the last 14 years.”
“Though the mission is ending there is still much work to be done. The Government will continue working with its neighbours and the United Nations, and the Pacific Islands Forum will always be standing by to assist in any way it can in future.”
The final ECM meeting was attended by senior government representatives of Papua New Guinea, the Federated States of Micronesia and Samoa as the past, present and future Chair of the Forum, as well as Solomon Islands and RAMSI. Australia and Papua New Guinea are also members of the ECM.