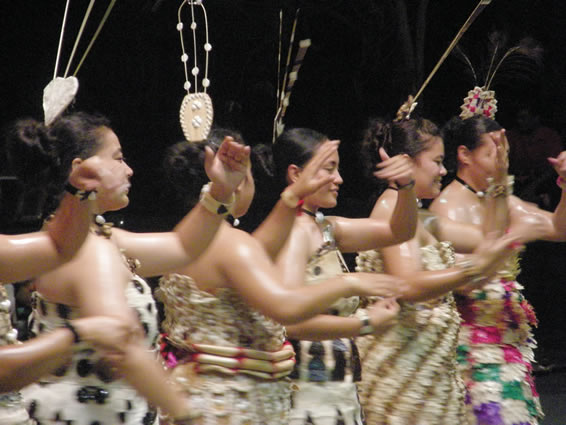 In the Pacific region, culture is engrained in the social fabric of our nations where human creativity, traditional skills and practices are the norm. Such practices, both formal and informal, are the basis of income-generation for many traditional and non-traditional artisans, producers and performers.
The Framework for Pacific Regionalism recognizes our diversity and heritage and promotes an inclusive future in which cultures, traditions, and religious beliefs are valued, honoured and developed. This regional recognition of the need to protect and nurture Pacific traditional knowledge has existed for decades.
Meeting in 1965 as members of the South Pacific Conference, Pacific Leaders agreed to the creation of a South Pacific Festival of Arts. First hosted by Fiji in 1972, the Festival has evolved into a popular event that attracts not only Pacific people but a significant international crowd.
The South Pacific Festival of Arts eventually became the Festival of Pacific Arts and its organising committee evolved into the Council of Pacific Arts and Culture. In 2004 Pacific Leaders initiated a process that eventuated in the Pacific Regional Cultural Strategy 2010 – 2020.
Besides the fundamental role they play in our everyday lives, the growing interest in the cultural and creative economy has given rise to global efforts to profile culture in sustainable development policy to better leverage cultural industries’ contribution to economic growth.
Cultural dimensions are also incorporated in the Sustainable Development Goals (SDGs)  forming part of the wider 2030 Agenda for Sustainable Development, and building on the Millennium Development Goals. Globally, cultural and creative industries generate about US$2.2 billion in annual revenue, equating to 3 per cent of the global GDP, and providing 29.5 million jobs, according to a 2010 UNCTAD report. Global exports of creative goods and services almost doubled between 2002 and 2011, with annual growth of 8.8 per cent. This places the cultural and creative industries market as the fourth largest in the world, after oil and gas, electric equipment and electronics, and machinery and vehicle markets.
In recognition of the potential of a formalised industry and to comply with international standards, regional and international agencies have taken steps to work towards the development of appropriate policies to support the growth of cultural industries.
Though there is widespread recognition across the region of the economic potential of our own cultural and creative industries, our nations are at different stages of development as far as the sector is concerned, with many still at the infancy stage.
Support for the industry at the regional level is led by the Pacific Community (SPC) with the Pacific Islands Forum Secretariat playing a complementary role in terms of securing political will, supporting policy and legal development alignment with international framework negotiated in the WIPO Intergovernmental Committee on Intellectual Property and Genetic Resources, Traditional Knowledge and Folklore (IGC), and the provision of technical support to foster national and regional policy developments through country consultations and resource mobilization.
Tonga for example began working on its national culture policy in 2010 and launched it 2013, developing its own Kato Alu framework which guided determination of priority areas for cultural development. As well, cultural coordination committees are now established in the outer islands which will support the Tonga National Culture Center in its inventory of both tangible and intangible cultural heritage.
Solomon Islands hosted the 11th Festival of Pacific Arts in 2012 at a time when the nation was just beginning to crawl out of political and socio-economic trouble. By 2013, Solomon Islands had adopted a national culture policy and by 2016, two major provincial festivals – the Kodili Festival in Isabel Province and the Yam Festival in South Malaita underlined the resurgence of cultural practices and traditional knowledge, which was now also fodder for its infant tourism industry.
Vanuatu’s 2030 People’s Plan identifies culture as fundamental to the country’s development and progress. Its first objective is the development of a “vibrant cultural identity” with policy goals including the protection of indigenous languages, conservation of culturally significant sites and safeguarding the traditional economy.
At the 4th Meeting of African, Caribbean and Pacific (ACP) Ministers of Culture earlier this month (November 7 – 10) in Brussels, Fiji shared the experience of its burgeoning fashion industry. Speaking for the Fashion Council of Fiji, Faraz Ali referred to the decision by the council to adopt a business approach to the operationalisation of the Council.
The Council identified three primary development areas and is working towards their realisation: education, small-micro enterprises development and access to markets and fashion tourism. A milestone has been the establishment of Certificate III and IV programmes in Applied Fashion Design provided by the Australian Pacific Technical College – this will be offered regionally from 2018.
Mr Ali spoke of the strategic placement of Fijian products on the international fashion scenes including Los Angeles and Australia. Mr Ali also articulated the ripple effect of the industry’s socio-economic benefits from the designers “who allow us the opportunity to express our identities through woven threads” to models, the “literal faces of our industry”, acknowledging visual artists, photographers, event planners, fashion media, staging experts and other such indirect beneficiaries.

One of the issues highlighted at the Brussels meeting by the Pacific delegation comprising Cook Islands, Fiji, Kiribati, Samoa, Solomon Islands, Tonga, and Vanuatu was the lack of data in the cultural and creative industries sector; it labelled by Mr Ali as “our greatest limitation as an industry”.
“We want to be able to say in confidence that our industry as a whole contributes five or even 10 per cent of the total national economic activity and that it is growing. Our industry cannot grow at the pace we would like without direct intervention from our national and regional governments, and this effort is hampered by the lack of data to support our applications for support,” Mr Ali said.
“The establishment of Fiji Fashion Week 10 years ago led to the rebirth of an industry. The Fashion Council of Fiji was established four years later with the assistance of the Pacific Community and Pacific Islands Forum Secretariat under the ACP Culture+ Pacific Project. This was when the psychology and stigma around Fashion started to change.”
The ACP Secretariat in Brussels hosted 79 members and development stakeholders for its 4th Meeting of ACP Ministers of Culture including the Forum Secretariat and the Pacific Community. The two agencies worked together to secure an EU-ACP grant for the promotion of cultural industries in 2013 which saw a 30-month long collaborative project work between Fiji, Samoa and the Solomon Islands with a range of government and private sector organisations. The Forum Secretariat supported the project as a financial associate and as a partner in the design and implementation of the project.
With regional policy consultations currently underway, the Forum Secretariat is interested in submissions that can contribute to the development of regional policy responses that protect our culture and heritage while supporting further growth for this valuable industry. 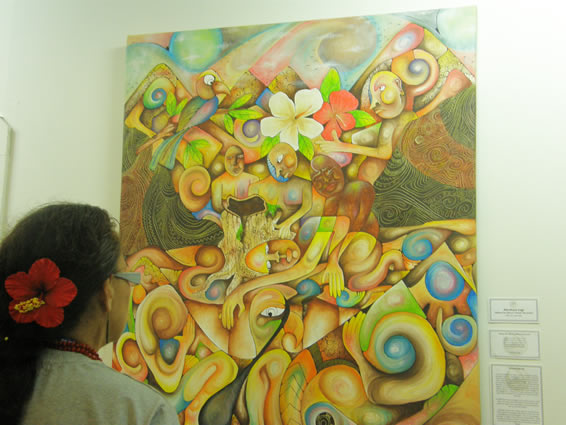