Being part of the global trade system has meant that for relatively small Pacific island economies, the struggle to effectively participate in global trade and similarly to meet international obligations and agreements is an ongoing challenge, compounded by the isolation of the region from the heartbeat of global trade.
To further develop the skills of the regions’ trade professionals, over the last month, officials from three Pacific island nations have been learning from contemporaries in Fiji, while on attachments to government ministries, departments, and the Pacific Islands Forum Secretariat.
The initiative is a first for the Pacific in the area of trade policy development, piloted with Fiji as primary host to study delegations from the Cook Islands, Solomon Islands and Samoa. The exercise allowed contemporaries to exchange practical knowledge; establishing peer-to-peer relationships that open up channels for remote support between the countries into the future. This is also clear demonstration of the increasing capacity of our Pacific people to support intra-regional collaboration sharing knowledge and developing capacity.
The officials commended the specificity of their respective programmes: no two terms of reference were the same, topics covered and practices shared addressed the specific needs and challenges identified by participating governments.

For example, representatives from the Solomon Islands focused on trade data and were attached with the Reserve Bank of Fiji, the Bureau of Statistics and the Ministry of Industries, Tourism and Trade, while the officials from Samoa were hosted by the Fiji Commerce Commission for a study tour that focused on consumer protection and competition laws in Fiji.
For Samoa, the study tour was targeted at transferring knowledge and skills that will support the establishment of a fully-fledged Commerce Commission, planned for mid-2017, following the recently-endorsed consumer protection Act and the establishment of the Competition policy.
Samoa Regulator and Head of Delegation Unutoa Auelua-Fonoti expressed appreciation to the Government of Fiji “for hosting and transferring immense skills and knowledge” and acknowledged the Forum Secretariat and the European Union “for the support and excellent arrangements”.
The Solomon Islands developed and launched the country’s first trade policy framework in 2015 and it emphasized the need to strengthen processes relating to the collation, cleaning and dissemination of quality trade data to users, particularly legislators and policy makers.
Solomon Islands High Commissioner to Fiji, His Excellency Patteson Oti, expressed appreciation to the Government of Fiji for hosting participating delegations.
High Commissioner Oti said the exercise marked the beginning of a knowledge-sharing process that should now be implemented at national level, both institutionally and between the officials and their respective colleagues.
“I think there’s a need for an internal arrangement whereby knowledge transfer could be extended by running a programme internally, where we can still use experiences of countries like Fiji and through the mechanisms of the Forum Secretariat or the funding from EU or other funding agencies, to ensure that the knowledge is spread within Solomon Islands and I understand that this also will be replicated in other member countries of the Forum to strengthen trade integration,” High Commissioner Oti said.
Natalia Patternot, a trade official with the Solomon Islands Government’s Department of External Trade said that access to reliable, predictable and sound trade data was of paramount importance for policy-makers when implementing their trade policy framework.
“One of the most important things we have learnt from Fiji is their coordination mechanism. There is a very efficient coordination mechanism between the Fijian agencies … this is something that we will take back and replicate to improve our coordination mechanisms,” Ms Patternot said.
“It was a two-way learning process … I think that is very important for this integration into the global trading arena, that we are able to able to harmonize on the sub-regional context our processes and to share that knowledge, it has been very useful.”
Cook Islands Ministry of Foreign Affairs and Immigration (MFAI) Regional and Trade officer Piakura Passfield who was attached to the trade unit of the Forum Secretariat and accompanied Solomon Islands and Samoa delegates to some of their learning sessions labelled the experience “amazing”.

“I got a really got overview from the Bureau of Statistics and the Ministry of Trade to the kind of work that they do and I hope to take those lessons back and really use them in my work in the Cook Islands,” Ms Passfield said.
“Samoa is trying to set up a commerce commission and they were learning from best practices of the commerce commission here in Fiji. I went along with them and found that really helpful because we have no consumer council or any kind of redress for consumer complaints in the Cook Islands.”
Forum Secretariat Trade Policy Advisor Fredrick Kamusiime said the feedback from the 10 officials who have participated in the South-South peer learning programme had been positive in terms of the skills and knowledge that are being transferred to boost national cross-sectorial capacity.
“What has come out clearly is that the benefits will not be for a single country, it’s something that’s building regional cooperation and deepening regional integration,” Mr Kamusiime said.
“Even if the Forum island countries don’t have too much trade or a big share of global trade, they have enough skills they can share, they have enough experience and we are introducing a model that could be exported and used in other regional trade blocs.”
The South-South peer learning programme is a progression from the development and implementation of national trade policy frameworks which the Forum Secretariat have been supporting member countries with. The frameworks encourage cross-sectorial participation of development partners including the private sectors.
“We have small economies in the Pacific, we have small government labour forces and doing things alone will be very expensive but if we work together, we address the diseconomies of scale that we have in the Pacific,” Mr Kamusiime said.
Forum Secretariat Deputy Secretary General Andie Fong Toy expressed her appreciation to the Government of Fiji for facilitating the intra-regional South-South cooperation exercise. 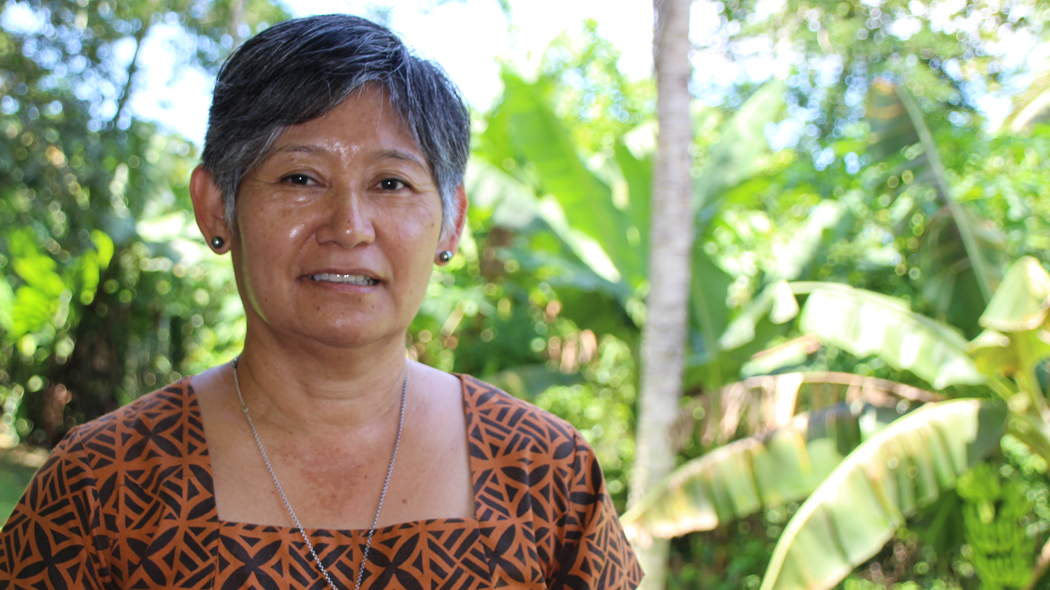 Deputy Secretary General Fong Toy also expressed appreciation to the Forum Secretariat’s partners, including the European Union and Commonwealth Secretariat, for their continuing support towards programmes which contributed to economic integration and increased Pacific regionalism, noting the contribution of trade to economic growth.
“The South-South peer learning reflects how Pacific Island Countries can achieve deeper regionalism through working together. Pacific Island Countries have immense knowledge, and we are known for our cooperation,” Ms Fong Toy said.
These attachments were facilitated through funding from the European Union Regional Indicative Programme under the 10th cycle of the European Development Fund. The EU has continued to be a strong partner in regional economic integration. In his closing remarks at the conclusion of the Samoa-Fiji Attachment, Mr Christoph Wagner, the Head of Cooperation at the Office of the European Delegation to the Pacific, re-affirmed the EU’s continued support on trade and regional economic integration, particularly through intra-regional collaborative activities such as this.