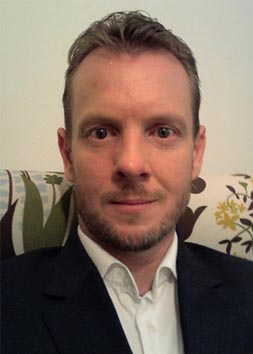 The Acting Foreign Minister of Solomon Islands, the Hon. Peter Shanel Agovaka, the Secretary General of the Pacific Islands Forum Secretariat, Dame Meg Taylor, and the RAMSI Special Coordinator, Justine Braithwaite, today welcomed the appointment of Mr Quinton Devlin as the next Special Coordinator of RAMSI.
Mr Devlin will replace Ms Justine Braithwaite in December 2015. Ms Braithwaite has been RAMSI Special Coordinator since 2013.
Hon. Agovaka said the Solomon Islands Government was looking forward to continuing its partnership with RAMSI under the leadership of Mr Devlin.
“With RAMSI’s Drawdown underway this is an important time for the people of Solomon Islands to determine the kind of future we want together,” Minister Agovaka said.
He noted that Mr Devlin’s professional background and experience as a peace monitor in Bougainville made him an excellent choice for the position.
Secretary General Taylor said RAMSI remained a regional Mission with police from all fifteen countries of the Pacific Islands Forum continuing to contribute to its work in Solomon Islands. She looked forward to working collaboratively with Mr Devlin.
“The Royal Solomon Islands Police Force have made great strides towards becoming a modern, disciplined and professional police force for all Solomon Islanders,” outgoing Special Coordinator Ms Braithwaite said.
She added “I am confident that Mr Devlin will provide strong and able leadership, in support of the RSIPF, at a time when the Mission will undergo significant change”.
The appointment of Mr Devlin, who was nominated by the Australian Government in accordance with the RAMSI Treaty, was endorsed by the Solomon Islands Government and the Pacific Islands Forum Secretariat.
Mr Devlin is a career foreign policy officer with Australia’s Department of Foreign Affairs and Trade.
For the past three years Mr Devlin has served as Deputy Head of Mission at the Australian Embassy in Brasilia. He has held a number of positions within the department, including director in the H1N1 Swine Influenza Task Force and APEC reform teams. Overseas, Mr Devlin has served in the Philippines (2005-2007) and as a Peace Monitor in Bougainville (2000). He holds a Masters in Management from the University of New South Wales and a Bachelor in Law and Bachelor in Arts (Honours) from Monash University.
-Ends-