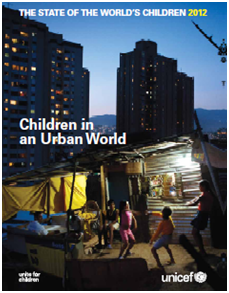 [Suva, FIJI] The Secretary General of the Pacific Islands Forum, Tuiloma Neroni Slade, has called for increased participation of youth in decision making.
Mr Slade was speaking at the launch of the United Nations Children’s’ Fund (UNICEF) report ‘The State of the World’s Children 2012’ held at the Forum Secretariat in Suva, Fiji, today.
The 2012 edition of the UNICEF report focused in particular on ‘Children in an Urban World’.
“In the report I read with interest the call for greater involvement of children and youth in policy and practice, and in partnerships between urban poor and Government,” remarked Mr Slade.
“I believe that development that is meaningful for urban children and young people can only be realised through their effective involvement and hearing them.”
The enhanced involvement of young people in decision making, leadership, and communities is identified in the Pacific Plan a strategic objective under the sustainable development pillar.
Pacific Islands Forum Leaders in their 2011 Communiqué further acknowledged the need for greater action in mainstreaming youth issues nationally and regionally, increasing employment and other meaningful opportunities for youth, and including the voice of youth in decision making.
“The report is of particular significance for this region,” said Mr Slade, “for there are few places in the world where the issues of population growth with large numbers of young people, urbanisation, and increasing vulnerability to climate change and disasters all collide more starkly than in the Pacific.
“Addressing the challenges presented by urbanisation in the Pacific with the input of children will have a positive impact on their well-being and, therefore, in the well-being of the broader community.
“It is also a long-term strategy that will come to fruition as children who have grown up in safe, healthy and nurturing environments grow into adults with the knowledge and skills needed to further progress development.”
Mr Slade added that a complementary report launched last year, ‘Urban Youth in the Pacific’, focused on increasing resilience and reducing risks for youth involvement in crime and violence.
The study was conducted by the Forum Secretariat and the UNDP Pacific Centre, with cooperation from UNICEF, Secretariat of the Pacific Community (SPC), the Pacific Youth Council, UNFPA, ILO and UNESCO and documented a wide range of links between urbanisation and challenges facing young people.
“Perhaps not surprisingly, young people drawn from rural to urban areas were found to be at significant risk of involvement in crime and violence due to lack of stabilising traditional structures, exposure to destructive influences and easier access to banned substances,” said Mr Slade.
“Improving the situation of children in Pacific urban areas will obviously have to be done as part of a broader urban development strategy.
“I want to congratulate and thank UNICEF for this valuable study which I am sure will be an important resource for all of us working to improve the welfare of children in urban centres throughout the Pacific.”
The State of the World’s Children report is UNICEF’s authoritative annual assessment of the well-being of children worldwide, with country by country and region by region statistics. Every year the report explores a specific challenge to child well-being.
(Ends)
For further information please contact:
Donna Hoerder, UNICEF Pacific, dhoerder@unicef.org +679 9265 518
Mue Bentley Fisher, Pacific Islands Forum Secretariat, MueB@forumsec.org.fj + 679 999 8677
Click here for more on the UNICEF Report (UNICEF Press Centre)